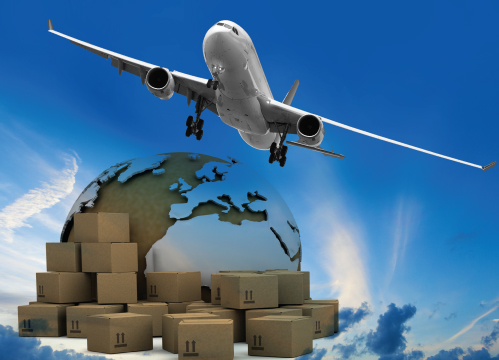 Introduction As the coronavirus disease 2019 (COVID-19) pandemic swept into the United States this spring, the impact on businesses of all types was immediate and acute, whether they were deemed essential or not. The extraordinary stress COVID-19 shutdowns placed on supply chains affected all manner of transportation operations, from ocean shipping to parcel delivery. Less-than-truckload (LTL) carriers and their customers were no exception. In fact, thanks to their dependence on networks of terminals, dock workers and truck drivers, they were often more exposed to risk. Each time a shipment changed hands in transit, the potential existed — and still exists — for exposure to the virus.

“Each time a shipment changed hands in transit, the potential existed – and still exists – for exposure to the virus.”

In September, The Journal of Commerce surveyed nearly 100 LTL shippers to gain insight into their experience with LTL motor carriers as the COVID-19 pandemic first led to business shutdowns and a deep recession and then a rapid recovery in freight demand in the second and third quarter. That recovery was complicated by widespread supply chain disruption as companies reopened only to find suppliers and customers were still shut down, had changed shipping and receiving locations, or were operating at reduced productivity rates because of COVID restrictions and a reduced labor force. The ripple effect from that disruption is still with us in the fourth quarter of 2020. The 91 LTL shippers surveyed by the JOC — more than 40 of which have more than $1 billion in annual revenue and a third of which have transportation budgets in the $100 million to $500 million range, revealed serious problems that required significant action in their survey responses. Those actions include the “firing” and replacement of LTL motor carriers that were unable or unwilling to correct service problems that led to serious sales and production issues for the shipper’s customers. The results indicate where shippers and LTL carriers need to focus to succeed in this quarter and 2021 as the COVID-19 pandemic continues to affect global and domestic shipping.

The COVID-19 pandemic unearthed fault lines across shipper supply chains, including the LTL portion of their U.S. transportation networks. Because of the nature of its business, the LTL trucking sector came under greater pressure from the virus than perhaps any freight transportation sector except the parcel and air express industries. That led to service breakdowns and failures that put stress on other aspects of shipper supply chains and imperiled shippers’ service to their customers, whether retailers or manufacturers.

When shippers could not resolve problems with their LTL carriers, they replaced them. However, they also added more LTL companies to their carrier portfolios to ensure they had the truck capacity needed to get freight to their customers.

Unique risks inherent in LTL LTL trucking companies handle smaller, palletized shipments, moving freight for multiple customers in one tractor-trailer. Most LTL companies are dependent on hub-and-spoke terminal networks that employ dock workers and local pickup and delivery (P&D) and long-distance or linehaul truck drivers. Shipments are picked up by P&D drivers, brought to terminals, and then loaded on linehaul trucks bound for destination markets. A similar unloading and transfer process then takes place again to complete deliveries. That means many hands touch LTL shipments between a shipper’s dock and a receiver’s door. Three truck drivers, at least, are involved in the completion of each shipment. The LTL sector is also heavily dependent on paper documents that travel with each shipment, also passing from hand to hand. Truckload shipments, in comparison, move in one trailer from origin to destination, with much less freight handling and fewer touch points between drivers, dock workers, and others involved in the process. Therefore, it’s not surprising that 41 percent of shipper respondents to the survey said the COVID-19 pandemic caused significant disruption to their LTL shipping operations, while 39 percent reported moderate disruption. A smaller group, 18 percent, reported some disruption, while only 3 percent reported extreme disruption. No one said their operations were disruption-free during the second and third quarters. The biggest issues with carrier performance revolved around on-time delivery and the pickup of shipments. Many LTL carriers laid off substantial numbers of employees as freight demand dropped by double digits in March and April, and then brought them back, sometimes slowly, as LTL volumes began to increase in May, June, and the following months (for many carriers, volumes did not exceed year ago levels until September or October). Assets also were not always where shippers needed them to be. Freight lanes and demand levels changed on a weekly basis for some companies. Because of this, transit times were stretched, resulting in multiple day delays. Waiting days for delivery Extended time in transit was an issue for 87.9 percent of survey respondents, with 70.2 percent reporting LTL transit times had been extended by one or two days, and another 16.4 percent saying transit times were extended by three days or more. Those are critical delays for companies serving manufacturers, which represent a large share of LTL freight. In fact, 62 percent of respondents identified themselves as manufacturers. LTL delays measured in days rather than hours can shut down production lines and force shippers to use more expensive transportation options to expedite goods.

Do you still have a question regarding our services